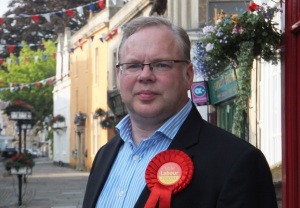 According to the BBC, the total cost of policing the badger cull pilot has been confirmed as nearly £2.5m – or about £1,311 per badger. In Gloucestershire, police and crime commissioner (PCC) Martin Surl tweeted the cost as “around £1.7m”, while Avon and Somerset chief constable Nick Gargan said its costs were £738,985.

The failed recent cull has cost more than it will have saved. The taxpayer-funded policing costs have been £2.5m for just the two existing cull areas. If the cull is rolled out to 10 new zones each year, these costs will balloon.

Bovine TB is a terrible disease and has to be brought under control. In 2011, 26,000 cattle were slaughtered, costing us £90m in testing and compensation. This puts an enormous financial and emotional burden on farmers. It is of particular concern in rural areas like Wiltshire, Gloucestershire and Somerset.

Labour has always been committed to a science based approach to eradicating TB, and the last Labour government actually commissioned a £50 million prorgamme of badger cull trials, to establish the evidence base. The conclusion of the trials was that “The reductions in cattle TB incidence achieved by repeated badger culling were not sustained in the long term after culling ended, and did not offset the financial costs of culling. These results … suggest that badger culling is unlikely to contribute effectively to the control of cattle TB in Britain.”

I fear the result will be to spread bovine TB in the short-term as badgers are disrupted by the shooting. Infected survivors can now colonize areas that were previously defended by healthy badgers.

The problem with the current government’s approach is that it is based upon assumptions and prejudice, not on science. The admission that free shooting of badgers in Somerset and Gloucester has failed to reach its 70% kill target leaves the policy in disarray.

To bring this disease under control, we need stricter management of cattle movements and to prioritise badger and cattle vaccination. The biggest obstacle to a vaccine is EU opposition: we should be building alliances in the EU to get restrictions on vaccinating cattle lifted.