Long term unemployment up 73% in Chippenham 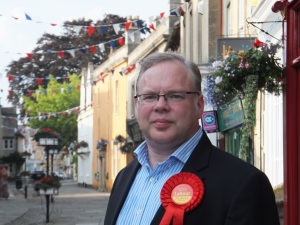 I am disturbed to see that the trend of long term unemployment for over 25s has risen by 73% in the Chippenham constituency over the last 12 months. People want to work, but the jobs don’t exist.

Across the UK, the number of people in part time jobs who want to work full time is at a record high at almost 1.5 million. Almost one in five part time workers want to do more but can’t get the extra hours; and there are still almost 1 million young people out of work

And for those in work the cost of living crisis continues, with prices now rising faster than wages for 39 out of the 40 months since David Cameron became Prime Minister. Working people are now on average more than £1,500 a year worse off under this out-of-touch Government.

There is a further problem in rural areas, that transport costs are disproportionately high, which causes real difficulty for both people looking for work, and for those travelling to work.

We are also seeing the return of absolute poverty. The Trussell Trust says that in the past six months, the number of people receiving food parcels from them has tripled to over 350,000; and last week that the British Red Cross announced it will start providing food aid to people in Britain. A survey from Netmums has revealed that one in five mothers regularly skip meals to make sure their children eat properly. With gas and electricity prices going up, the dilemma of heating or eating will increase further this winter.

The Conservative/Lib Dem government has failed to get the economy moving. We now have unacceptable levels of youth unemployment, long term unemployment, and rising underemployment which cause deep and lasting damage to people’s lives and our country’s economic prospects.

We need a recovery that benefits everyone, not just a few at the top. That is why Labour will repeat the tax on bank bonuses and limit pension tax relief for the highest earners to pay for a compulsory jobs guarantee for young people out of work for a year and adults unemployed for two years – a paid job people would have to take up or lose benefits.