Only Labour will defend Pensioners. 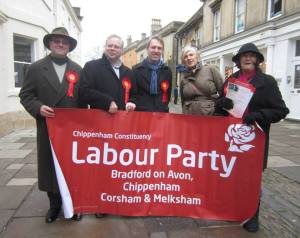 Only a Labour government will protect the financial security of pensioners. 20850 pensioners will benefit from Labour’s plan to keep the “Triple Lock”, under threat from the Conservatives.

The Labour Party has committed to defend the “Triple Lock”, by which state pensions are increased each year by either inflation (Consumer Price Index), average earnings, or 2.5%; whichever is greater. The Triple Lock has been a powerful tool in maintaining the value of pensions, and based on government forecasts and the work of independent pension experts, the cost of the Triple Lock is only 0.1% of GDP.

This is of course not the only area of controversy surrounding pensions. Changes to the retirement age introduced in 2011 without adequate communication and at short notice, have particularly disadvantaged women, many of whom have campaigned to highlight the injustice. The Labour Party is fully committed to addressing the hardships caused.

Furthermore, the Conservative government’s recent review of the pension age, conducted by John Cridland CBE, recommends bringing forward from 2044 to 2037 the planned increase in retirement age to 68. Labour does not believe that the case has been made for a further increase of the retirement age, particularly as many jobs are extremely challenging for older people. It is not only difficult to see how someone can continue in a manual job like road maintenance up to 68, but jobs like being a Teaching Assistant can also be physically demanding, and hard for an older person.

While the government is directly responsible for the state pension provision, it is also important to highlight the difficulties being caused by very low annuity rates for those retiring with a defined contribution scheme, these low annuity rates are being caused by the low returns on investment caused by the government’s austerity programme, and the lack of economic growth. Labour’s plans to grow the economy, through – for example – a National Investment Bank, and regional development banks will unlock £500 billion of investment in the productive economy, which will lead to higher returns on investments, benefitting pensioners relying on investment income through their pension funds.