Economy slows down as Conservatives asleep at the wheel 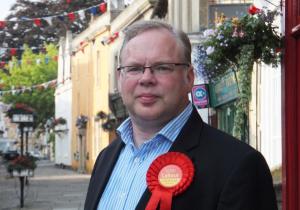 Far from being “strong and stable”, the UK economy is faltering as the Conservative government are asleep at the wheel. They had no contingency plan for dealing with a Leave vote in the referendum, and the resulting government paralysis and business uncertainty has led to a slow down in the UK economy, as revealed by the latest GDP figures from the Office of National Statistics issued last Friday.

The latest GDP figures show growth in the first quarter of 2017 of just 0.3% down from 0.7% in the last quarter of 2016. The service, retail and manufacturing suffered have seen a particular sharp slow down.

Meanwhile energy costs are driving up inflation – in March the energy component of CPIH was up 8.7% on 12 months previously (largely due to the cost of fuel). CPI inflation is currently running at 2.3% up from 1.8% in January 2017. This has a real impact on the household budgets of families struggling to get by. Average real wages have fallen 10.4% since 2010.

“The Tories had no plan for leaving the EU – and now ordinary working people are feeling the pinch from the collapse in the pound, increased inflation and the rise in cost of living.

“Ministers have spent more time rehearsing their election catchphrases instead of helping the lives of millions trapped in a growing cost of living crisis made in Downing Street. The Tories are continuing to squeeze wages in the public sector, plan even more cuts and stand by while jobs in the private sector are being made even more insecure.”

While it might be expected that a trade union will criticise the Conservatives, the Institute of Chartered Accountants for England and Wales conducted a recent business survey, which shows that 82% of businesses now plan to offset higher costs by passing on increased prices and charges to customers. 48% of businesses say they are exploring cheaper supplies, which will put the squeeze on the profit margins of other UK businesses, and may lead to increased imports as cheaper foreign suppliers are sought.

Urgent government action is needed to intervene to restore business confidence, action which a Labour government committed to a strong economy will take.