Why Chippenham should welcome the Range distribution centre 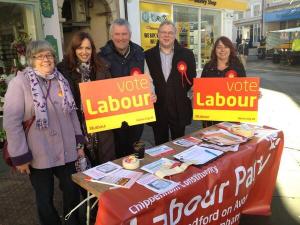 I have been asked by several people what my position is relating to the proposed Distribution Centre for the Range, as the Labour parliamentary candidate for Chippenham.

I have subsequently spoken to the Range’s national head of distribution to confirm exactly what is proposed. While rumours are flying about the possible impact to the town, it is possible to have a good idea based upon evidence, as there is an identical Distribution Centre for the Range already operational in Doncaster.

Chippenham’s economy needs jobs, and the proposed Distribution Centre will take advantage of Chippenham’s natural transport advantage, being on the M4, and centrally positioned for the whole of Southern England and Wales. The ongoing upgrade to the A350 will provide capacity for the additional traffic to the M4.

I understand that there will be around 750 permanent jobs, employed by DHL, who would run the site on behalf of the range. At peak times, this would be supplemented by up to 350 temporary agency workers. I am encouraged by the Range’s commitment to providing permanent jobs, and their willingness to support a salary progression rather than employees being stuck on minimum wage. This would be a major employment opportunity, particularly for young people trapped in unemployment.

I also believe that the location of the Range’s training academy at the Chippenham site will benefit the local economy. The Range is due to open 20 new stores during 2015, and their retail staff will be trained in Chippenham.

There are obviously concerns about the visual impact, but proper landscaping and planting can be made a condition of planning consent, and the proposed design includes a mix of materials, which will make the appearance less monolithic.

Bringing around 1000 jobs to Chippenham will be a major achievement for the town, and I am convinced that it is in all our best interest to welcome this commercial development.